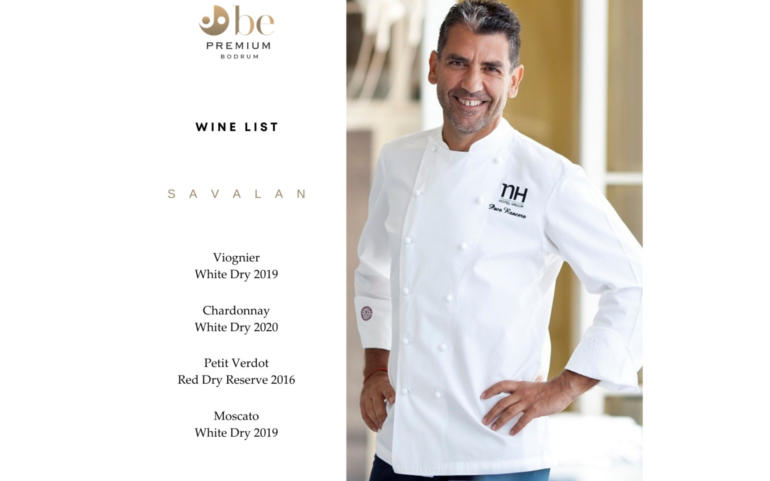 For the summer season 2022, BE Premium Bodrum has planned a grand culinary festival for its guests. Five world-class stars, top award-winning chefs amazed everyone with their gourmet dishes and accompany them with specially selected wines.

The star culinary guru did lead his holiday for two weeks, then passed the challenge to the next master.

From July 1st to July the 15th, dishes from the awardee of two Michelin stars, chef Paco Roncero, accompanied by wines from SAVALAN ASPI Winery, were presented.

We are proud that Paco Roncero chose Azerbaijani SAVALAN wines for his dishes, including Viognier white dry, Chardonnay white dry, Moscato  white semi-dry and Petit Verdot 2016 red dry.
Paco Roncero is one of the leading representatives of avant-garde Spanish cuisine, known far beyond his homeland, and his Sublimotion Paco Roncero restaurant in Ibiza, opened on June 1, 2022, is considered the most expensive restaurant in the world.

The event was open to all visitors and those who join the dinner did get an unforgettable pleasure from emphatically delicious dishes and high-quality Azerbaijani wines.